Long hitters will get home in two here, but mortals should favour the left side of the fairway with their drive and then thread their way between the two fairway bunkers leaving a short iron to the green.

Try and leave your ball just short of the pin wherever it is on the green for an easier uphill putt.

"The next hole, one of 421 yards, is of sterner stuff, a testing bogey four, and it is obvious from its length that only two long and straight wooden shots will suffice, unless one is certain of taking only one putt, and who can be certain about that, even on greens like those at Brocton Hall?" 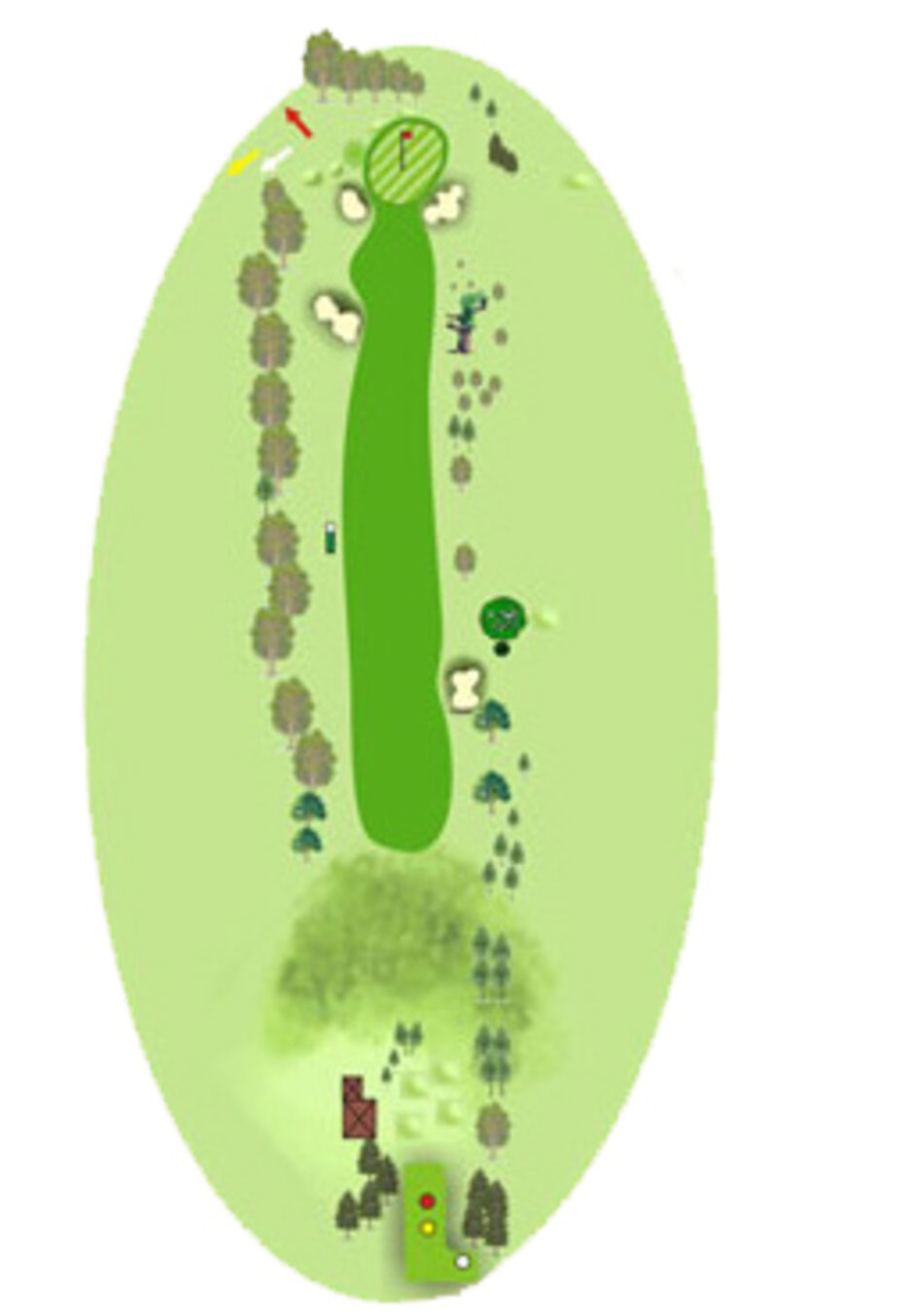